Interview at the Competition Policy in a Politicized World Conference

What is your assessment of the quality or relevance of decisions by competition authorities in developing countries in high tech/dynamic markets?

High-tech markets are characterized by rapid innovation and development of new products, platforms and services, as well as reduced production costs resulting from intense competitive pressures in such markets. In this context, competition can be described as both a catalyst and a driving force for innovation in these dynamic markets. Hence, preserving competition should be a top priority in these markets, since enhanced competition would both fuel innovation and ensure that the markets remain open and accessible to all.

The impact of the enforcement actions of competition authorities on high tech/dynamic markets can be deemed as critical, because they may end up leading to significant error costs. Especially in terms of markets with dynamic competition and innovation, the decisions of competition authorities carry the risk of increasing regulatory error and magnifying the weight of any error costs. Innovation can make a critical difference for developing countries in terms of allowing them to meet urgent developmental challenges “head-on” and enabling them to achieve faster growth. To that end, enforcement actions by the competition authorities are of even higher significance in terms of developing countries, as their innovation capacities must be built early in the development process, so that they can gain the necessary learning capacities and build on those capacities in order to catch up economically and technologically with developed countries.

Similarly, it should be noted that the Turkish Competition Board has not yet focused on innovation efficiencies in its examination of merger decisions. The key reason underlying this approach may be that the standards applied to merging parties who wish to put forth innovation as a merger defense is so high that they are not able to raise this issue in merger control cases. As a result, since merging parties are unable to use innovation efficiency as a defense mechanism in practice, the Turkish Competition Board has rarely examined innovation within the scope of its merger control regime, and has yet to accept it as a worthwhile efficiency arising from a merger/concentration.

There is a concern that abuse of dominance provisions may be used by competition authorities to partially expropriate owners of IP rights and/or to regulate the fees charged by patent owners. Based on your practice, do you think that these concerns are overblown or that those problems deserve careful attention?

Under current Turkish competition law, there is no specific provision regulating the unilateral conduct or refusal to license within the scope of IP rights. Indeed, past experience leads us to conclude that there is no specific reason for IP-based dominance to be treated differently than any other form of dominance under Turkish law.

Any abuse by an undertaking that is in a dominant position in a market for goods or services (throughout Turkey or within a particular region) is considered and treated as abuse of dominant position under Article 6 of the Law No. 4054 on the Protection of Competition (“Law No. 4054”) (akin to Article 102 of the Treaty on the Functioning of the European Union). General competition law provisions in Turkey concerning abuse of dominance would also be applicable to agreements whereby the holder of IP rights licenses such rights and allows another undertaking to capitalize on its IP rights.

Under Article 6 of the Law No. 4054, all undertakings are bound by the obligation not to abuse their dominant positions in the market. Therefore, the general provisions of Article 6 would also apply to "refusal-to-license" situations, as well as to unfair and discriminatory licensing and licensing of trademarks, which can all be considered as different types of abuse of dominance, as far as IP rights are concerned. The abuse of dominant position can occur in cases of discrimination in connection with licensing fees, discrimination in providing trademark licenses, or offering different terms to purchasers with equal status for the same/equal rights, obligations and acts, if any of these acts are found to be abusive by the competition authorities.

As a result of the growth of the global economy and the rapid developments in technology, there has been a trend and increasing tendency among competition authorities towards exercising their authority to regulate business conduct that occurs outside their national borders. The main reason for this approach may be that, in certain markets, when an anti-competitive conduct occurs in one country, it has a significant impact in markets in different jurisdictions, and therefore, such conduct should be regulated and fought on an extraterritorial basis. However, imposing remedies that have extraterritorial implications may lead to serious substantive conflicts among competition authorities, as there is a wide variety of approaches taken globally in terms of competition law matters involving intellectual property rights.

It is fair to say that international companies will continue to face stiff scrutiny by competition authorities, and extraterritorial investigations and enforcement actions are likely to increase in the future. Recent developments in Asia, whereby the Korea Fair Trade Commission (“KFTC”) imposed remedies and a fine of USD 854 million on Qualcomm in December 2016 for abuse of dominance through the violation of its FRAND commitments (i.e., fair, reasonable, and non-discriminatory terms), can attest to this probable outlook. In its official statement concerning the investigation, the KFTC explicitly stated that if, in the future, a foreign competition authority makes a decision that conflicts with its remedial orders, Qualcomm can request a reconsideration of the remedial orders imposed by the KFTC. Similar to KFTC, on October 11, 2017, Taiwan Fair Trade Commission has announced its decision that imposes Qualcomm a fine of approx. USD 773 million along with remedies to amend certain clauses in its agreements. Taking account of these developments and the ongoing investigations by the US Federal Trade Commission (regarding Qualcomm’s conduct with respect to patents), as well as the EU Commission (regarding allegations about Qualcomm’s exclusionary practices through conditional rebates provisions), it is fair to say that we should soon catch a glimpse of how this issue plays out and resolves itself, particularly with respect to the principles of international comity.

One way to address this phenomenon from the outset is to ensure cooperation and effective coordination among competition authorities from different jurisdictions, so as to avoid divergent approaches being taken with regard to the same conduct. However, bearing in mind that there are different economic considerations of efficiency and total welfare in each country, introducing limits to the geographic/territorial reach of remedies (such as limiting remedies to the jurisdiction of the competition authority issuing the decision) can prove to be most appropriate method for mitigating the risk of over-deterrence, and still honoring the principles of international comity. 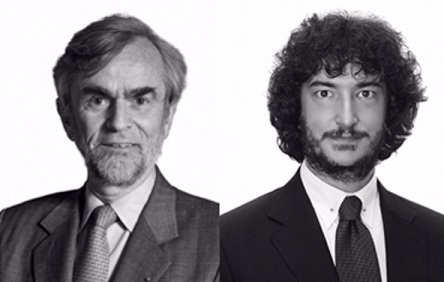 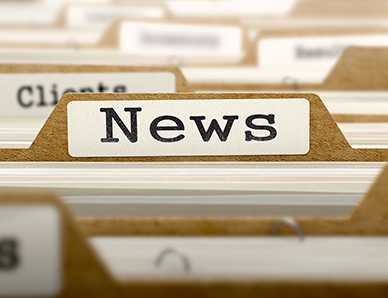